On February the 16th we reported live from the London ICE gaming conference and wrote a post about Evolution Gamings Epic roadmap for 2020 and the live casino games that we could expect to see being released from them throughout the year.

Yesterday on the 14th of May 2020 – Evolution made an announcement that they were going live with three of the new games from this Epic roadmap and their First person live casino range:

Our First Person games offer unique opportunities for players to play at their own pace, including options to shuffle cards, ‘DEAL NOW’, and our exclusive ‘GO LIVE’ button which transports players through an in-game portal to the live studio version of that game!”

At 1001 Spins we are very happy to Finally be able to play these games on a real casino and would like to recommend Royal Panda Casino to do so. Here, all games offer by Evolution are available and Royal Panda was one of the first operators to go live with Mega ball.

All three games include the ‘GO LIVE’ button, a unique feature of every Evolution First Person game. By clicking this button players are taken on a journey through an in-game portal and directly to the live version of the game. This transition is made as natural as possible as the First Person and live versions of each game have the same game rules and the same familiar, easy-to-use Evolution user interface.

In First Person Baccarat, the game centres around an authentic virtual Baccarat hall, where all players are offered a VIP experience with unrivalled player control and a choice of 12 tables – six standard and six No Commission tables. The game further extends player choice with options to shuffle the shoe, sort tables by streaks and the ability to deal free hands on vacant tables to build trends.

Similarly, First Person Dragon Tiger also puts the player fully in control. In this easy to play RNG game, players simply bet on which of the two cards dealt will be higher, Dragon or Tiger, with the addition of exciting light effects synchronised to game outcomes helping to build player anticipation.

First Person Football Studio is an RNG Top Card game, that again is very simple to play as just two cards are dealt. Those two cards are dealt face-up on a virtual interactive light-up table, styled as a football pitch. Just as in the live Football Studio game, players bet on a Home Win, Away Win or Draw, whilst simultaneously keeping a keen eye on the live match results from global football fixtures displayed in the user interface.

Todd Haushalter, Chief Product Officer at Evolution Gaming, said: “Our goal when creating the First Person games was to make the world’s best RNG table games. When our first two games, First Person Roulette and Blackjack, were launched we agonised over ensuring that the 3D graphics and performance were perfect. We also included the “GO LIVE” button to take players to the live version of the same game. Those first two titles proved incredibly popular so we broadened our goal to include RNG versions of our game show games. Now we’re launching another trio of First Person games to add even more variety.”

Haushalter continued: “Dragon Tiger and Top Card are beautiful in their simplicity, with crisp clean graphics and game play, whereas First Person Baccarat is beautiful in its complexity. This is the first time anyone has tried to create a true Baccarat experience in RNG. Players may choose from their choice of 12 tables based on where the hot trends are, they can deal free hands, cut the cards themselves, and we deal from a true eight-deck shoe and do not digitally shuffle after each round. Baccarat players are notoriously particular, but I am certain they will love what we have created!”

Game Releases
Street Fighter 2 is being released tomorrow!
5 months ago
0 362 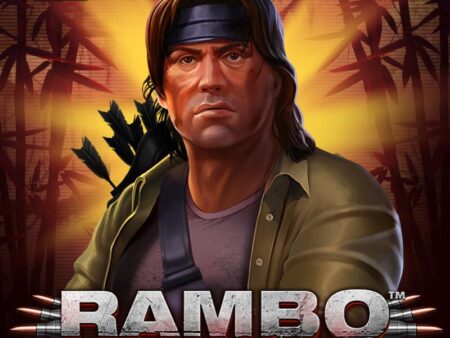 Get ready for Evolutions Crazy Time!
5 months ago

Playson €40K slot tournament
5 months ago
We do the spinning!
18+