The Rise of AI

1001 Spins reviews: The Rise of AI by Endorphina

It’s something we all should know that it’s coming, actually knows coming but the question that is repeated that we keep asking ourselves is when is it actually coming? It’s The Rise of AI and it will be here much sooner than we think, as it will be released on the 17th of June to be exact!

When the global pandemic happened, humanity wanted to seal themselves off from the danger and built AI X-50. But they didn’t expect the consequences, as the AI seized all power and robotized the world that we once knew. Because of this, most people lost their jobs, live under the poverty line, and are struggling to survive. To keep society afloat, the AI randomly gives away some money.

Try on the role of a fearless hacker who wants to break the system and help more people – us humans. Can you survive in a world with only neon lights and holographic commercials brighter than the sun? A new world where techno beats replace your heartbeats and codes run down your veins?

The Rise of AI is a 5-reel x 3-row slot with 10 paylines that will bring players right into a new cyber world packed with robots, cyborgs, neon lights, and many uncertainties.

In this game, the AI supports players with a random multiplier. It stocks at random and on a whim, multiplying current winning combinations (if any) by a random number. The highest multiplier value possible is x50.

Players can also gamble in this classic Risk Game. Choosing a card from the four cards dealt on the table, a player can increase their win up to 10 times the original wager. If the selected card beats the Dealer’s card, the win is doubled, and the player can try again. If the Dealer wins in any round, the risk game ends with no wins awarded to the player. 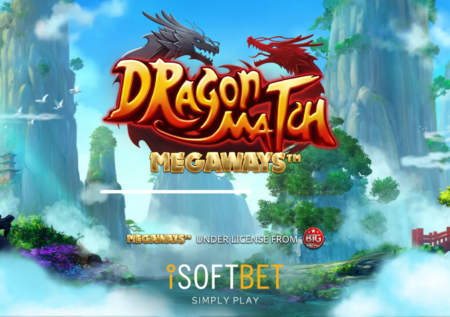 Get ready for Evolutions Crazy Time!
6 months ago

Playson €40K slot tournament
6 months ago
We do the spinning!
18+